Factory ford splice in f150 deep in the wiring harness. Wonder how many people are driving around with non functioning driver seats and adj foot pedals. 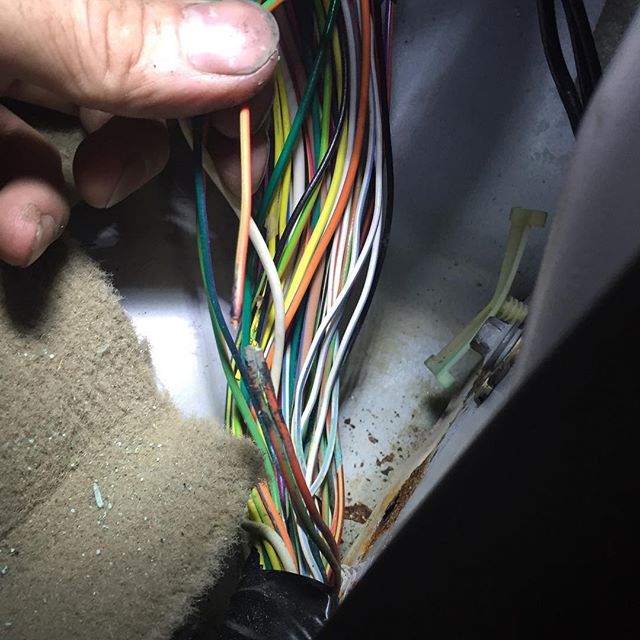 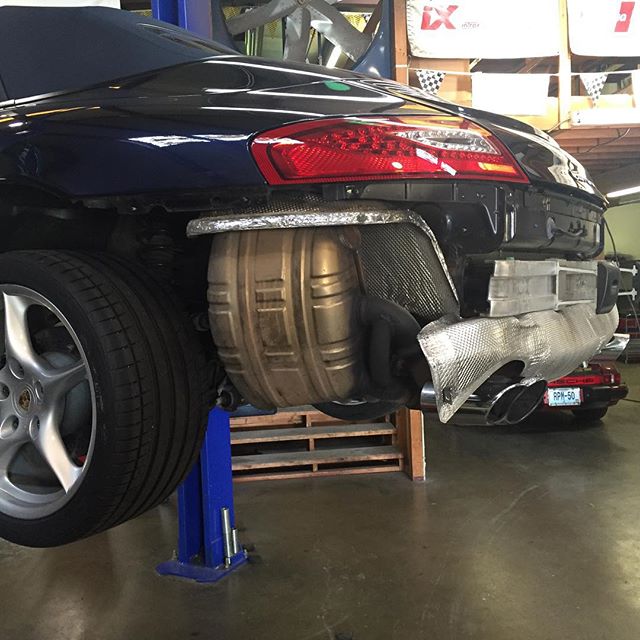 Twin turbo coolant pipe failure. Another one of the dumbest designs porsche has ever come up with 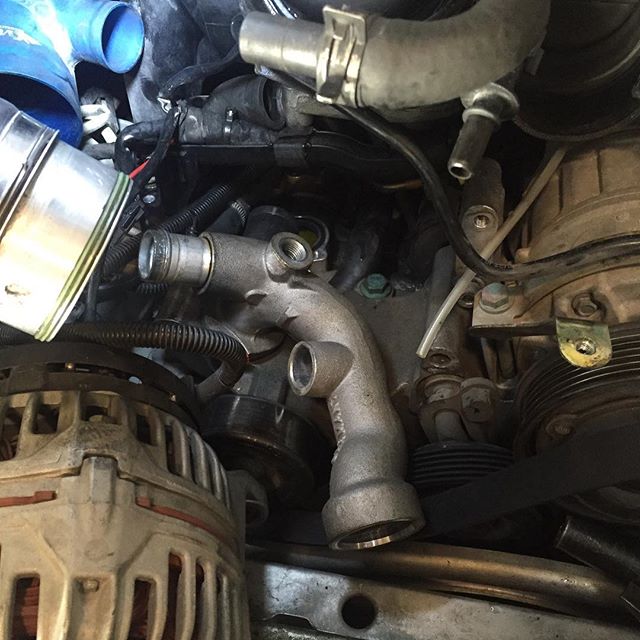 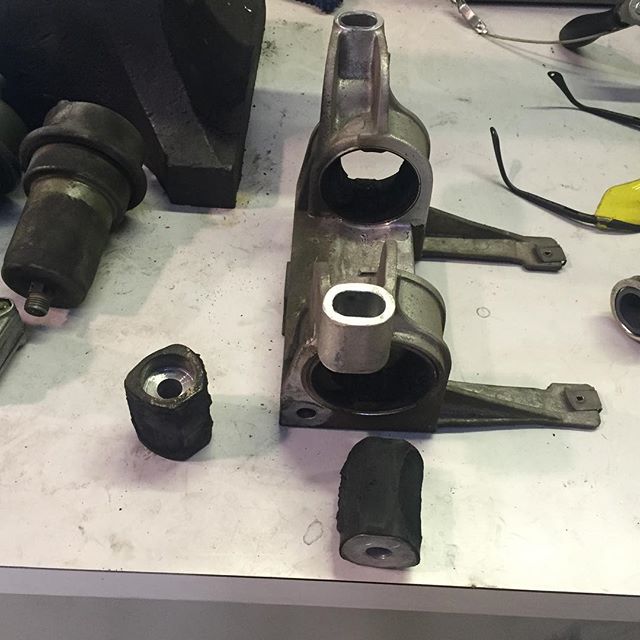 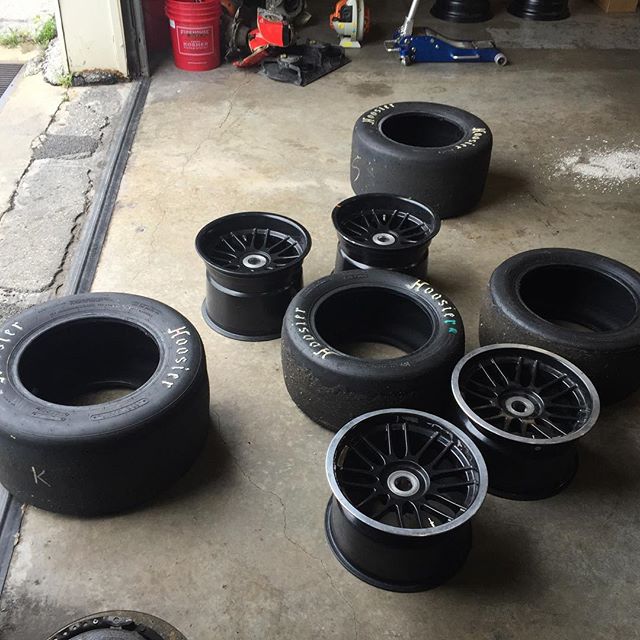 Out with the old and in with some valvetronic mufflers. 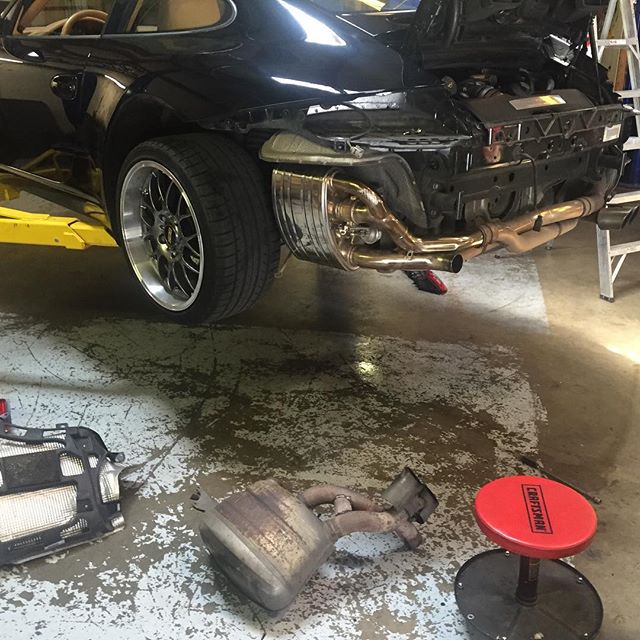 This 997.2 came in this week for some valvetronic muffler install. The valvetronic mufflers are similar to the Porsche Sport Exhaust (PSE) in that they have a bypass valve which will open and close depending on engine vacuum….ie, higher RPMS where there is lower vaccum, the valves will open and bypass for a more aggressive sound, but at cruising rpm’s, the exhaust is quiet. These are similar, but controllable through a wireless controller where the driver can choose to open …

Gt3 in the house from South Carolina. 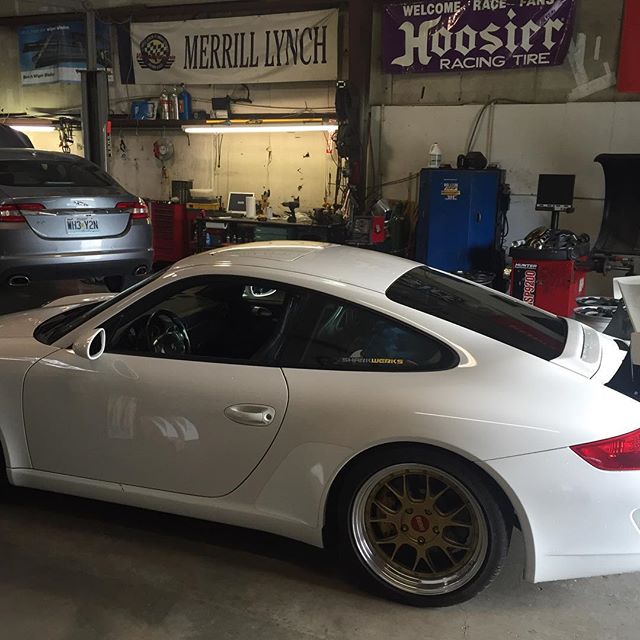 Had this little car come through on it’s way to the Sand Hills high speed run in Nebraska. Popped a check engine light as they were coming through Kansas city after getting bad gas. Not only did we find bad gas, but also a number 3 spark plug had a broken electrode. Luckily everything worked out and she was back on the road this afternoon! 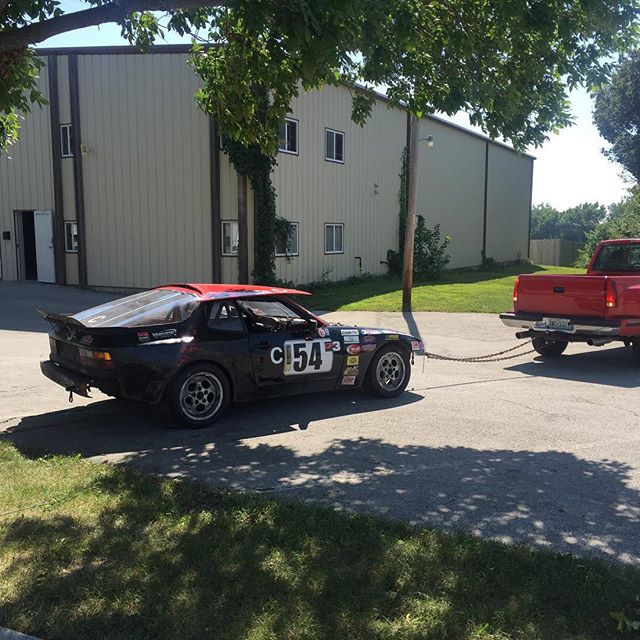 Had a little bump in the front while at MAM that collapsed our front shock mount, so we needed to pull that out to get the bumper realigned again. At the same time, Figured we might as well pull out the rear one as well that was still compressed from a hit at Iowa speedway back in 2011 🙂 Got everything pulled, and ready for bumper reinstall!

Another podium finish for car 54. 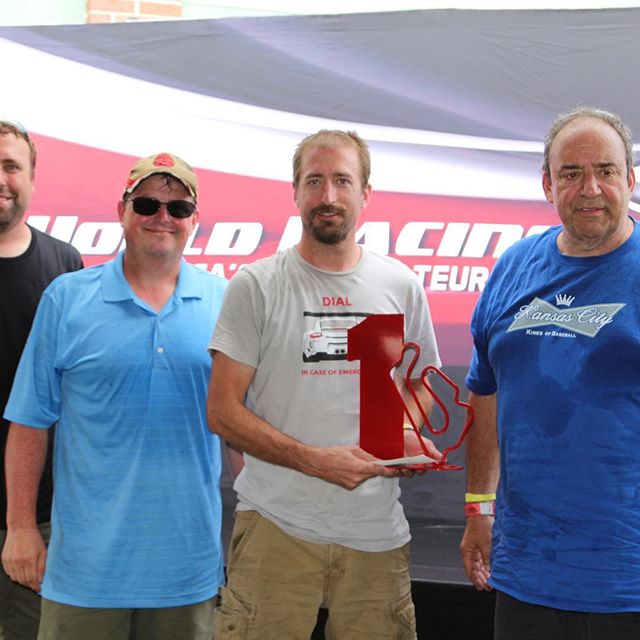 Took home a first place win with car 54 at MAM in WRL’s endurance series. After having an alternator fail in saturday’s race and finishing poorly, we were able to scratch back to the top of Sunday’s 7 hour race after a first lap collision and brief down time. Sometimes the pit strategy wins it for you 😉

Lot of rain last night. Draining water out of the interior lol. 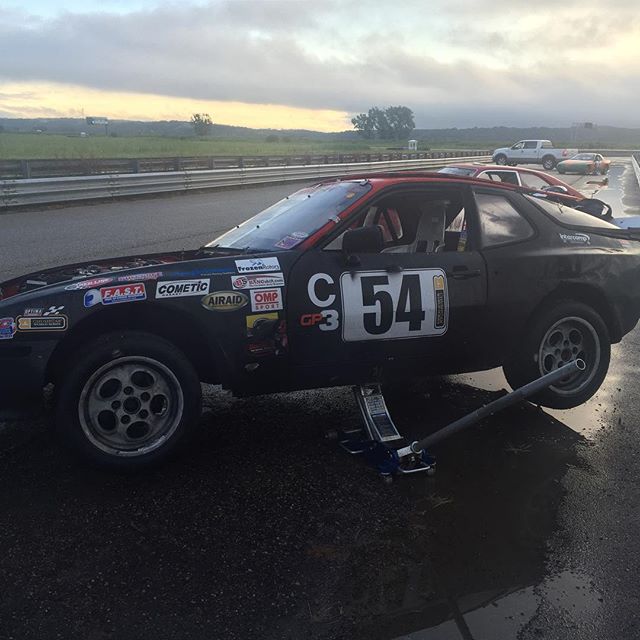