May 12 2010 porschedoc Editorial No Comments 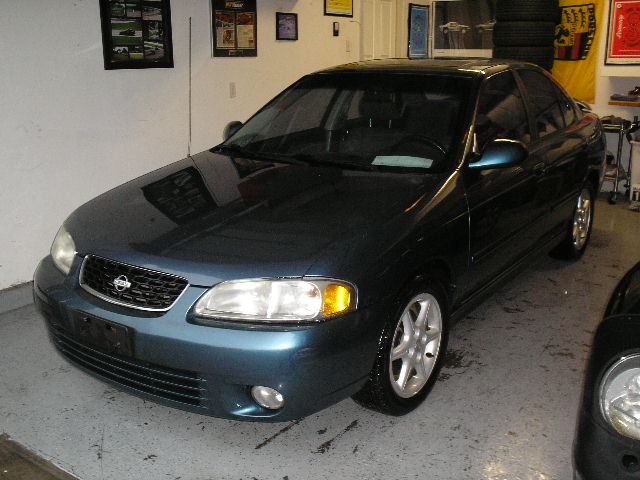 Yesterday a good friend (and my shop supervisor babysitter!) called up and said she was having stalling problems in her Nissan.  She had taken it to the shop, and they weren’t really sure what was wrong with it, but recommended starting with a tune up (mileage was about 125k).  Correct diagnosis and correct plan of attack IMHO.  The kicker, was the tune up was going run almost $500 to replace the spark plugs, cap, rotor, and clean the throttle body.  Now……shops need to make money to stay in business, but $250 of that was parts, and the rest was labor.  Sounded like someone was being taken advantage of.  I’m no Nissan mechanic, but I told her to get it out of there and let me take a look at it.

So she brought it over, and I ran to oreilly’s and picked up the parts. 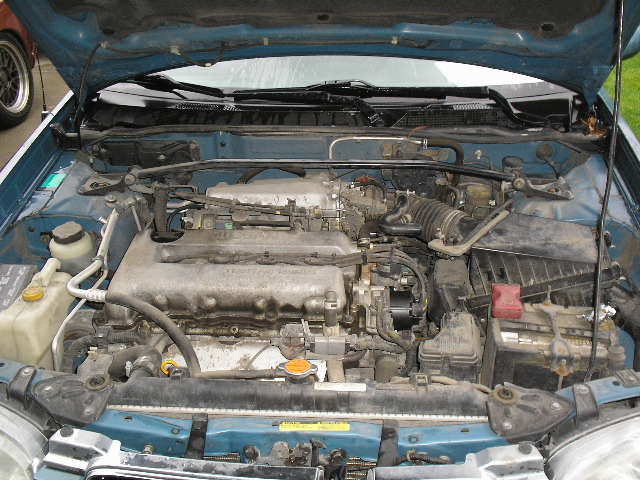 First I pulled off the throttle body (and cleaned the MAF sensor on the way in there).  A little soaking with some carb cleaner and got it pretty clean, and reinstalled.  The MAF sensor was as simple pull out, clean with CRC’s maf sensor cleaner, and put back in.  The new style mafs in most cars are pretty sensitive to dirt particles and will cause a stumbling idle or even stalling issue.  Unless the car throws a CEL for the MAF sensor, you probably don’t need to replace it, but IMHO it should be cleaned every 15-30k miles.  A dirty throttle body will do the same thing as you have a couple of important sensors/switches that operate off it (idle stabilizer valve and throttle position switch).  If they get gummed up, they will not operate as they should. 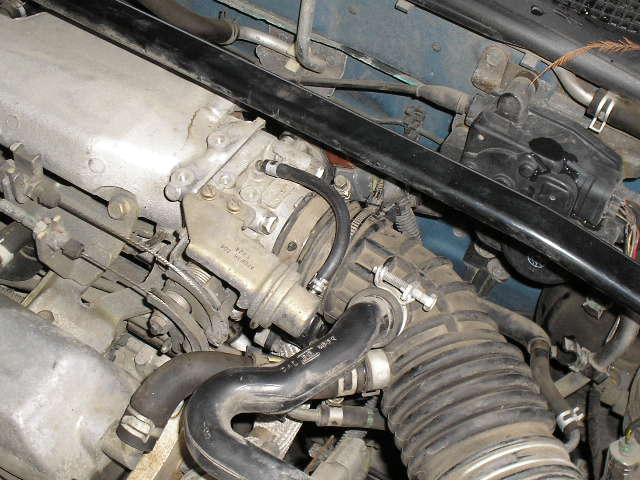 Maf sensor.  2 screws and out it comes.  Spray the sensor wire down with MAF cleaner and reinstall. 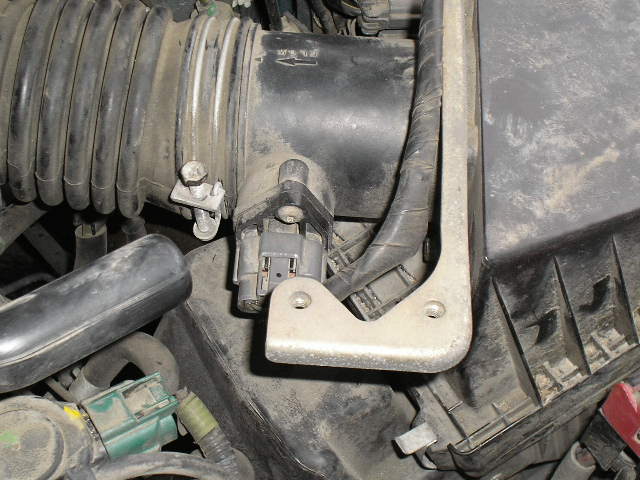 Cap and rotor were next along with the spark plugs.  The wires still looked really good, so I decided those didn’t need to be replaced. 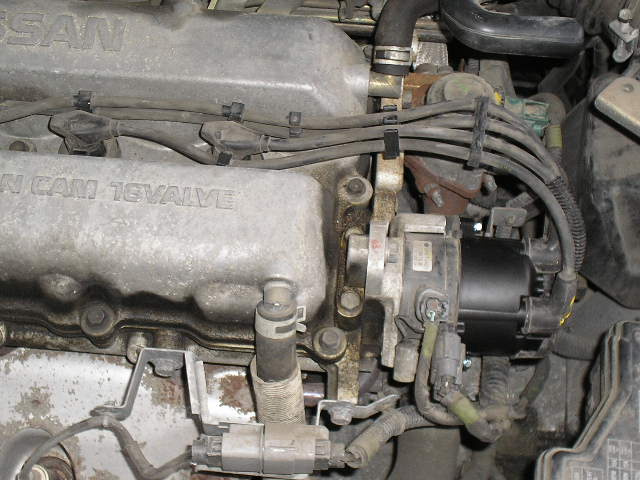 It is hard to see in these pictures, but the gap on the left plug (i pushed it in for pictures) is about .043 which is where it should be (might even need to be shortened slightly).  The one of the right is how all the plugs were when I pulled them out…..they were at least .080+  What that means is the spark has to travel a longer distance, and if it is at all weak, it won’t make contact with the far side and thus no spark.  A bad cap and rotor will cause the weak spark. 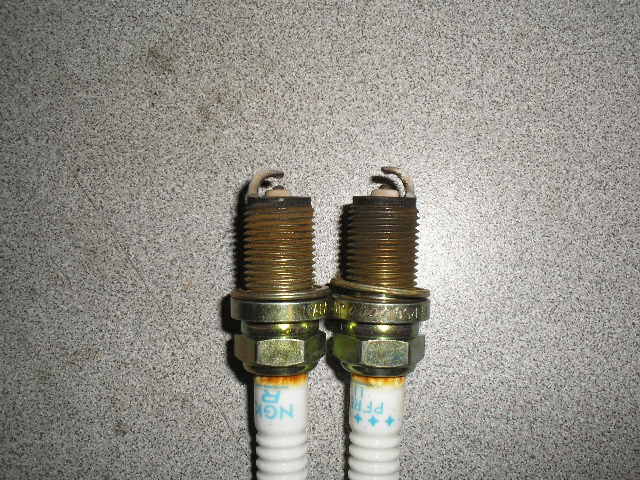 Here you can see the right side of the rotor tip is completely worn down and corroded.  The inside of the cap was not much better.  Definitely not good. 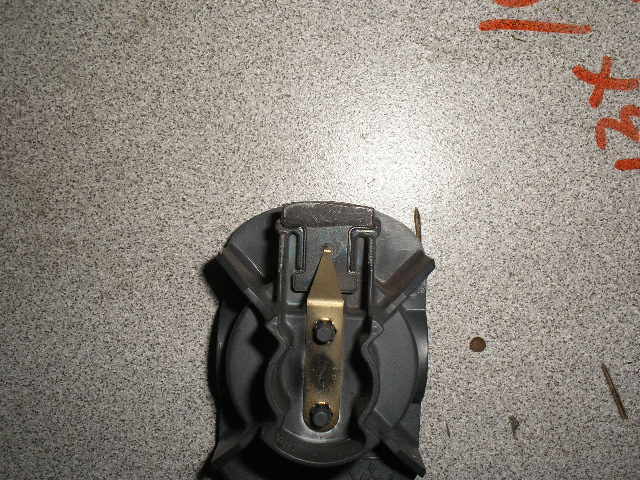 Then I replaced a couple of small vacuum lines that were questionable, and a bad negative terminal on the battery ground.

After about an hour’s worth of work, parts were installed and she was on her way.  She thought the change in how the car ran was very noticable, so looks like it was just worn out parts.

The parts bill from oreillys?  About $50 (And i bought the middle of the line parts, not the really cheap ones).  Even if I had charged her two hours which would have been a fair labor rate (i work fast), total bill would have been less than $150.00.

Previous Post: 993TT Upgrade to Fister D Stage III’s
Next Post: While on the subject of Nissans…..