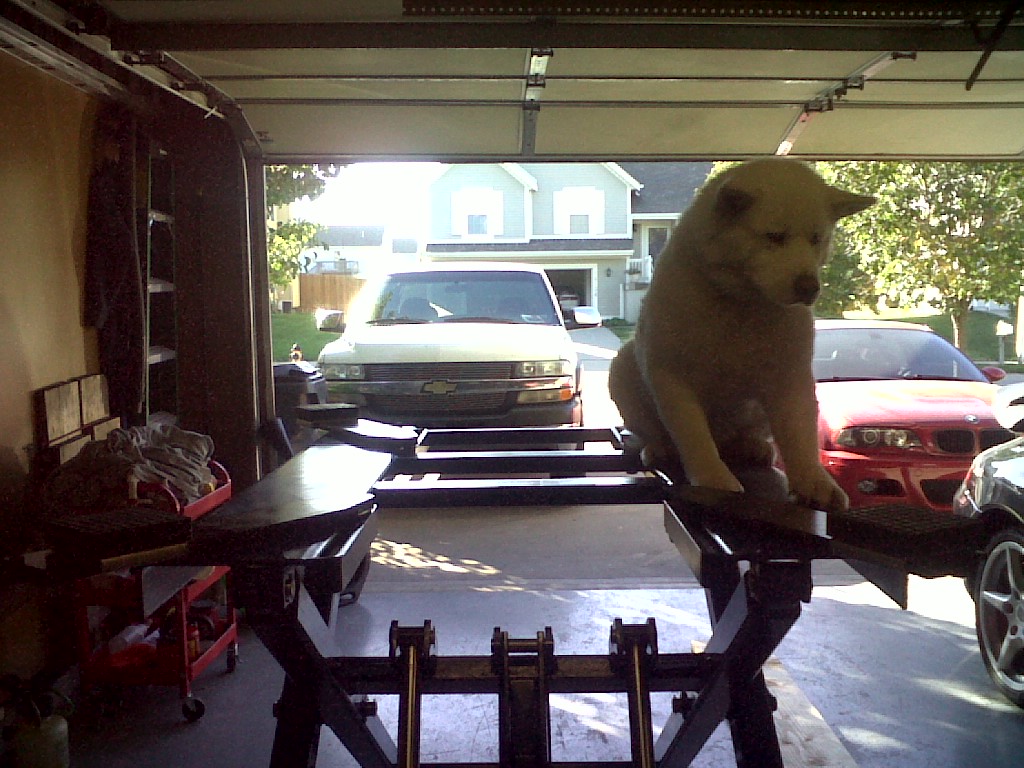 After pulling off all the trim covers, there is an air filter on each side to replace.

The passenger side requires you to pop an airline cap off so you can remove the line.

Serpentine belt….it’s a long one.

Going after the spark plugs.

Next was to change the oil filter. What I found was a bit disturbing. The oil filter canister was barely hand tight. I don’t know how the oring had not blown out under the pressure. The canister could be turned almost 3 full revolutions before it seated where it was suppose to be.

Next I got to the oil drain plugs…..both were stripped because someone had shoved the wrong tool in them. Luckily I was able to pound in a triple square into each one and got them out. Replaced them with good plugs.

I also found a little coolant on the bottom of the bellhousing. Unfortunately on the early Cayennes, some coolant pipes on top of the engine will crack and leak coolant. Since there was no “wet” fluid, we will monitor this to see if it gets any worse. The parts have been updated, but the parts cost about $750

Next up was to bleed the brakes. Luckily you can get to the inner and outer bleeders without pulling the wheels.

Then was a 1217 airbag code to deal with. There is a TSB out to repair some wiring under the seat. I pulled the seat to do the update, but it had already been done. The connection though, was a little loose, so I redid the update.

Pollen filter is found in the passenger footwell.

Then it was time to unjam the storage tray in front of the shifter.

Pulling out the CCU to get the tray out.

A business card had gotten wedged in the release lever which was causing the problem. After removing it, the drawer worked perfectly.

Then it was time to tackle the broken rear door.

Pulling the unit out.

Then you have to disassemble the power sockets to transfer them to the new piece.

What kind of bleeder do you use? Just curious. Great updates. Thanks.

I use a bleeder made by Vaccula that runs off my air compressor and sucks the fluid through, versus pushing the fluid through like a motive power bleeder. They give a lot better bleed and are a lot less hassle to use if you own an air compressor. The fluid is sucked into the unit, which has a quick drain valve at the bottom for easy of cleanup. Motive does make an air powered bleeder as well now. I believe you can get the vaccula brand through sears mail order now. Harbor Freight offers a cheap air powered bleeder, but it is not very stable, and tips over a lot if you pull the hose or bump it inadvertently.

Sounds like something I should look into. I’ve had a motive bleeder for years and it works well on some of my cars/bikes but not others. Thanks for the heads up.