I finally got around to removing the Escort ZR3 laser shifters from the Dragon when I had it home. I will be installing these in the M as it will be the one seeing street time. Friday night I started the job. It is amazing how much time you can burn installing the built in units, lol.  Radar and laser detection is covered with the V1. 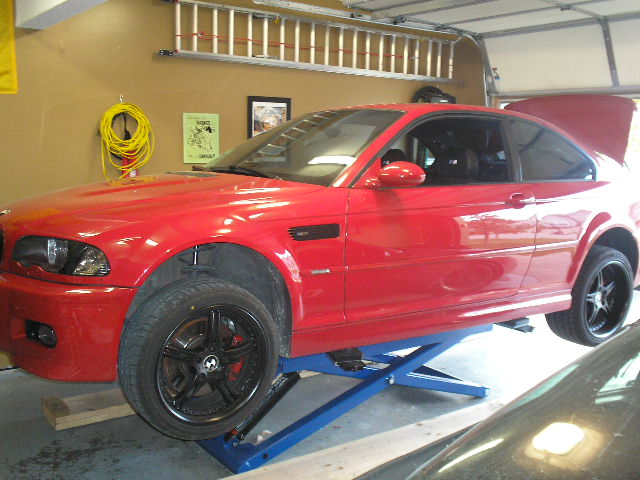 Started with the rear. 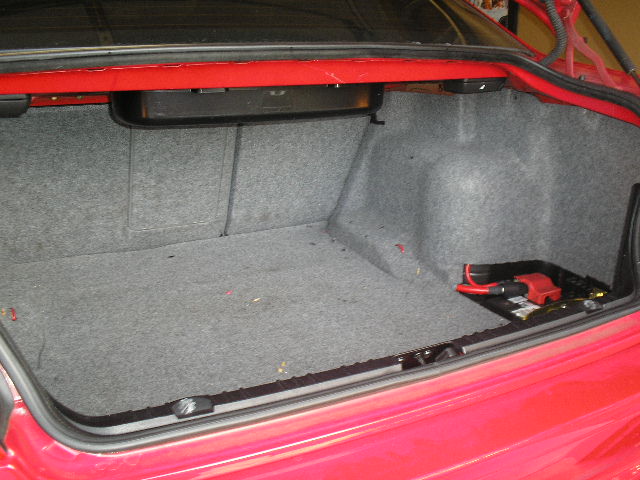 Ran the wire from the license plate area, inside the trunk lid and down to the wiring harness. I really wanted to run the wire inside the factory loom, but just couldn’t get it snake through there. With the existing bundle of wires and ribbed rubber boot it was impossible to get it run inside, so I made small holes and ran it on the outside. With a crimping tool, then I was able to put a new plug on the end of the wire (telephone style). 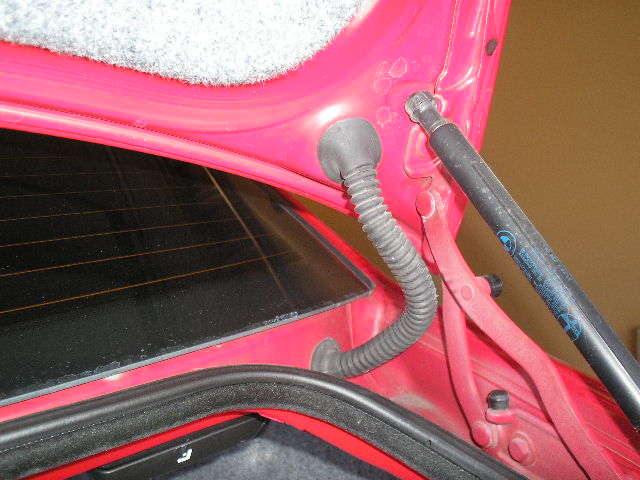 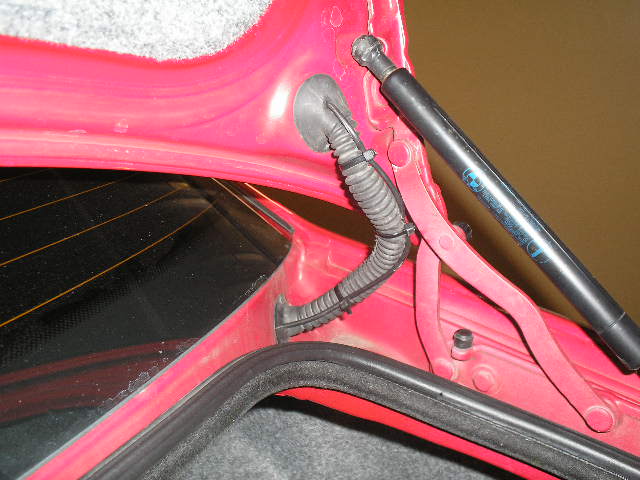 And the shifter mounted. I had to mount it lower in the plate to allow access to the trunk release. At the bottom of the plate it stuck out too far IMHO. 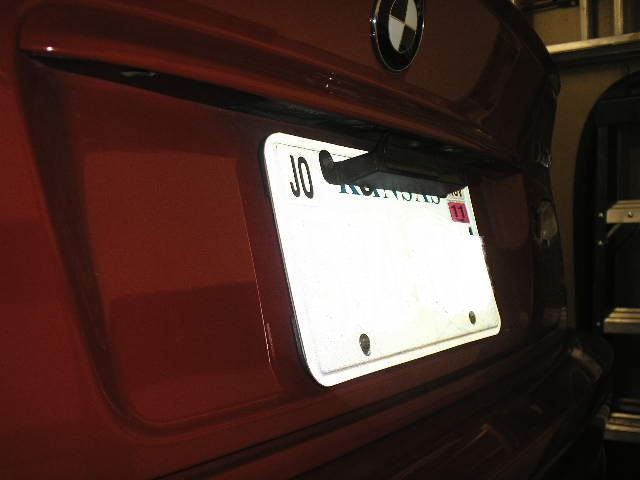 Then it was time for the fronts. I needed to remove the bumper to do so. Pulled the fender liner section pieces, and the bumper came off with 2 bolts. Nice. 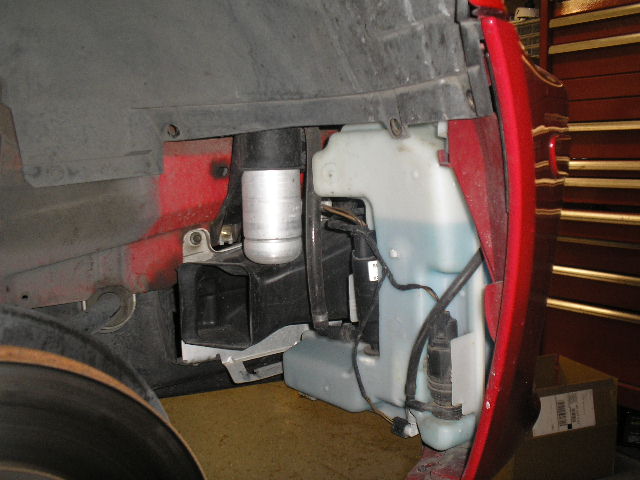 Sliding it forward gave me enough room to run the wiring to the front shifters. 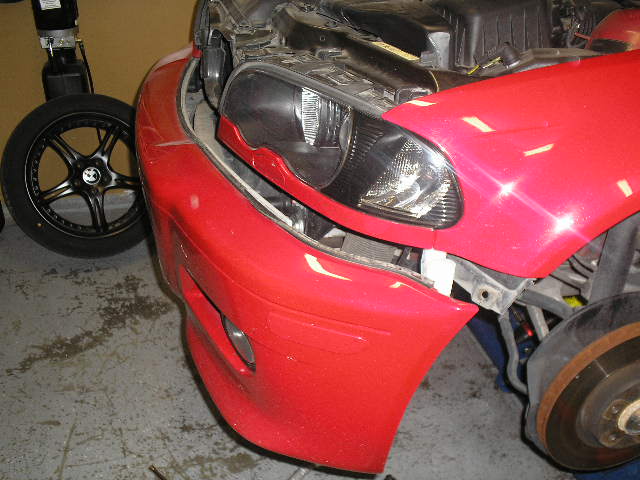 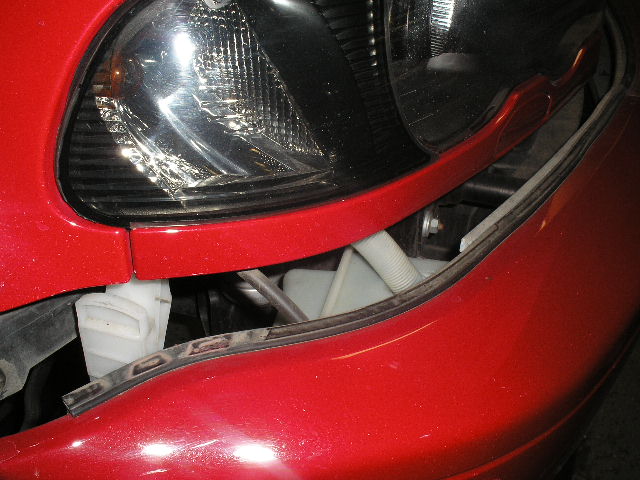 I ran the wiring to the passenger side in order to enter the cabin easier as you will see. I bundled up all the extra length of wire near the washer tank to allow for future bumper removal (so there would be enough line to pull the bumper away from the body). 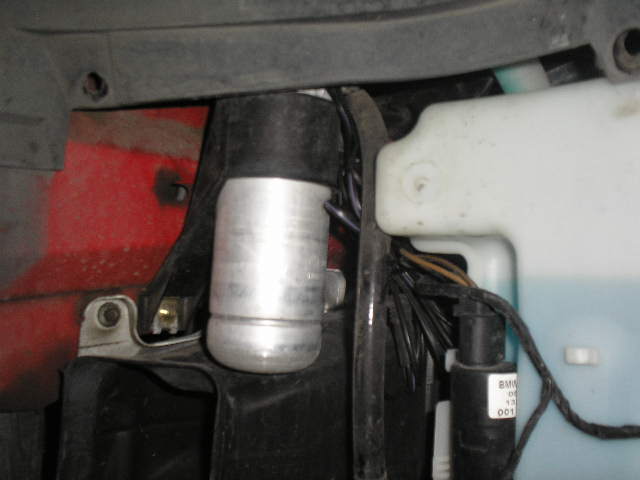 On the passenger side there is a bundle of wires that enter the interior. There just happens to be one unused plug. I cut the end off the rubber, and inserted the wires like the factory wiring. Tape it up with some tape and we are all sealed up. 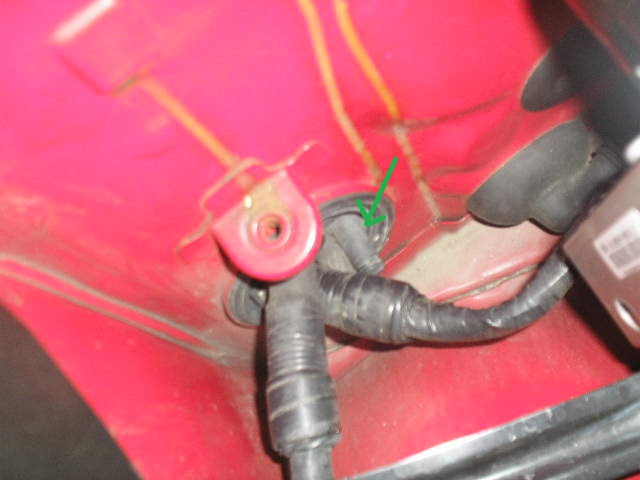 To get to the wires, I had to pull the glovebox out. 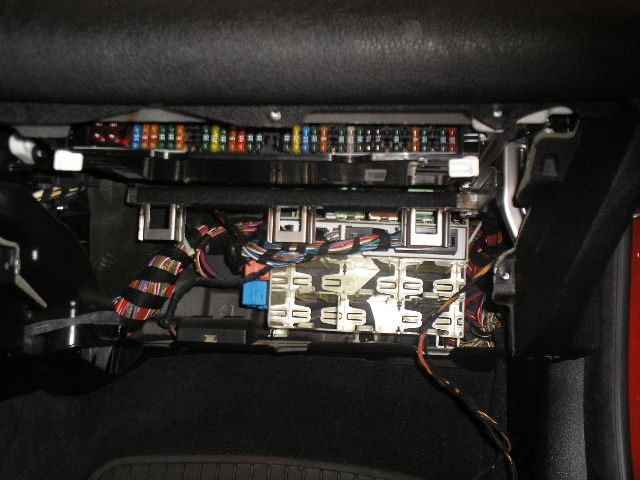 You can see where the wires enter the interior. 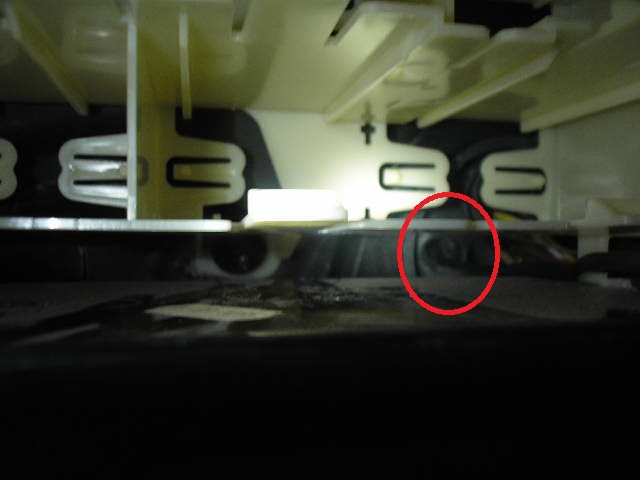 Then on to the driver’s side after I ran the wires across the bottom of the dash. After debating, I decided to plug into the V1 power instead of running an “add a fuse”. Thus, mounting the main control box on the driver’s side made more sense. 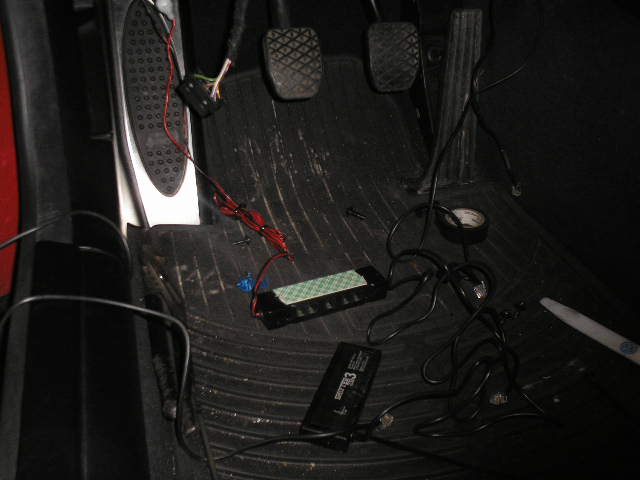 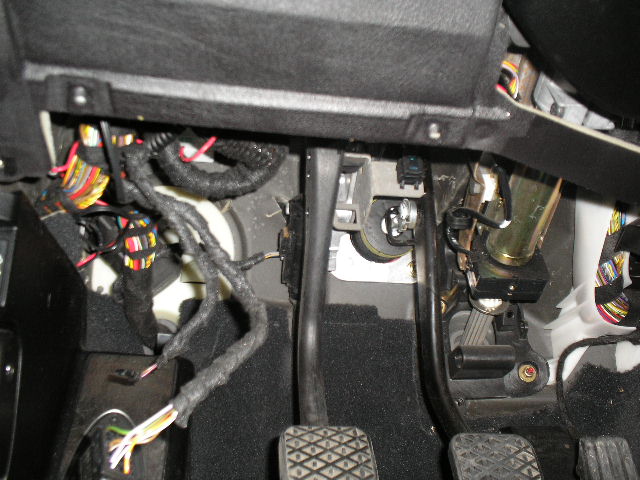 The display mounted down low. I did not want another unit in sight on the dash, and since the V1 will tell me when I am getting hit with laser, no need to see this one. 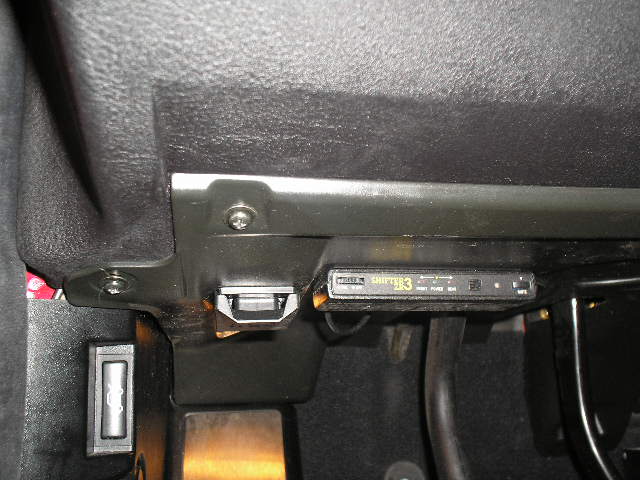 Then I decided to spruce up the front grills a bit as they had started to chip (chrome had been painted over black). I sanded everything down and repainted. There were some nicks in the plastic, so without doing any filler work, they show some imperfections up close. Plastic black replacement units can be bought new for $80.00, so I didn’t see the point of spending too much time here. 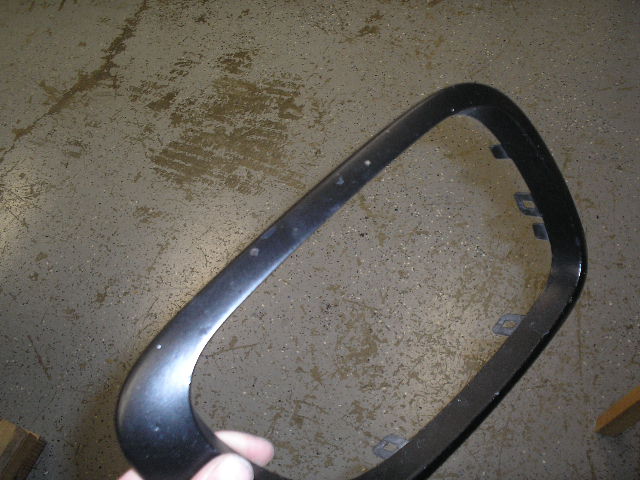 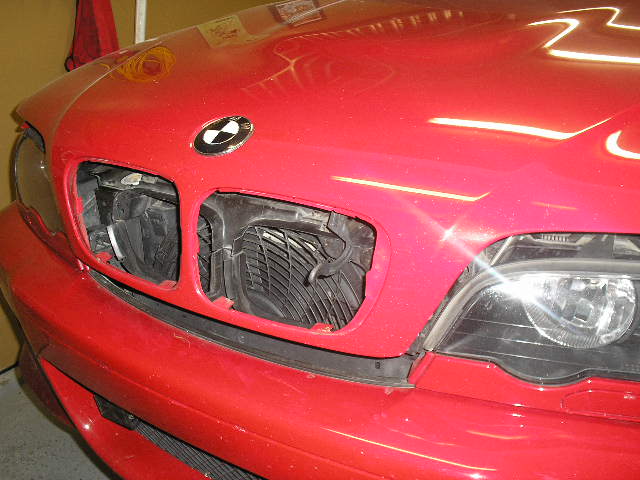 I still need to fab up a bracket for the one shifter as they need to mount differently than I had them on the 951. A piece of aluminum should take care of that. 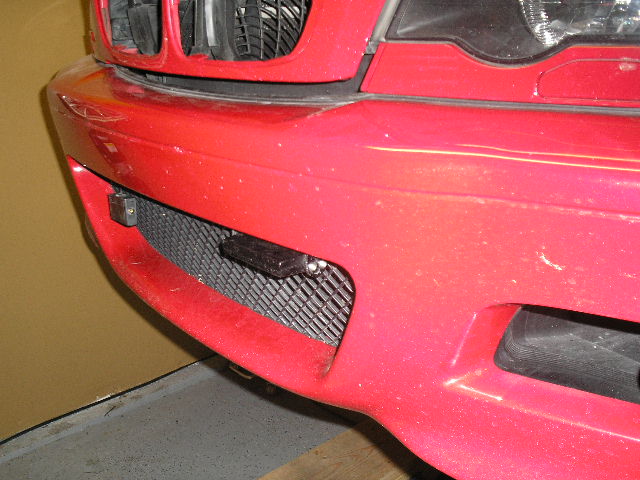