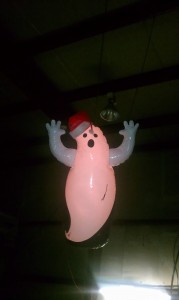 Boo has become the ghost of christmas presents, this ’65 is for a customers lucky wife.

This car came with the Autolite 2100 2 barrel. When opened up 46 years of goo had taken its toll. I had scraped a bunch of crud out before I remembered to grab a camera, but there was still plenty left to shoot. 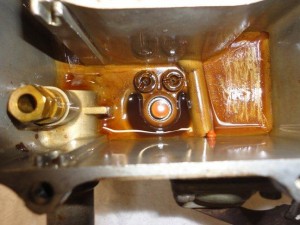 Pulling the venturis and jets to chem dip 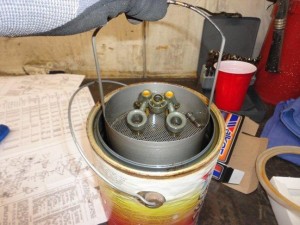 The carb was leaking a little fuel around the accel pump. Here’s why: 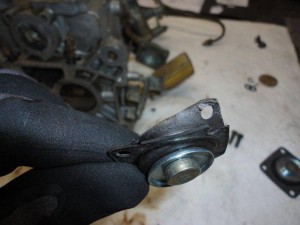 So the only thing re-used here was the spring and the cover. 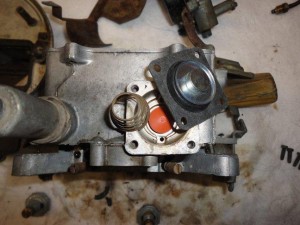 The eco valve was crap also. New on the left, old on the right. 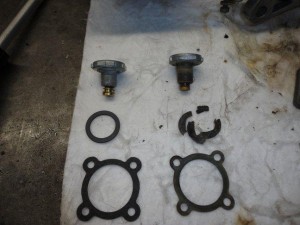 So out of the dip, new parts and re-assembled, be careful with seats and jets. There is some really soft metal in here: 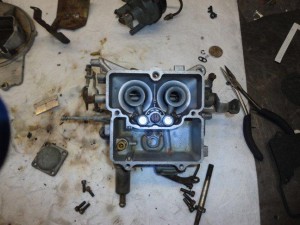 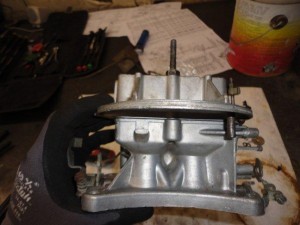 Setting the level on the new float valve: 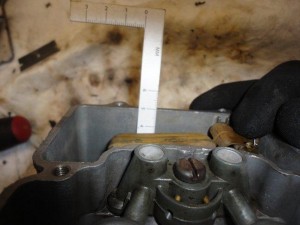 Then a bunch of putting tiny, tiny gaskets, clips and screws back 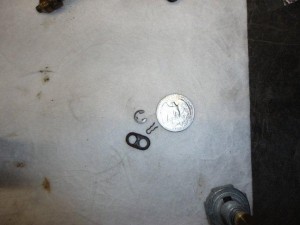 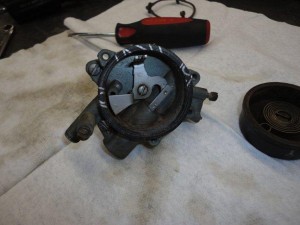 and that is that. Put the choke and linkages back on the carb, clean off intake gaskets, and re-install the carb. Fuel has changed a lot since this car was last jetted. The latest generation of RFG has much less energy in it these days so stay tuned for tuning our newly cleaned piece.