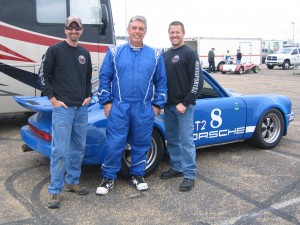 We’ve always been PCA/NASA/or Chumpcar guys but last weekend we had a chance to come support one of the best guys we know in his return to SCCA racing.  Mike Lyle rolled the Honey Badger (sporting an updated look) out at Heartland Park after a shakedown at Hallett.  The car really lives up to the name.  Mike was running in GT2 and ran in front of everyone he should have been close with and a few he didn’t have any business beating. Weather was great and the car didn’t require anything more than a fuel and little tweak here and there.

Ron Wilcox was screaming fast in his Swift DB4 FA car.  He had one close call with Mikes son Nick having to run into town and grab a part.  We got Ron in and belted while they did the parts run.  They pulled up while the PA was making second call to grid.  Installed parts, tossed the bodywork back on, she fired up and Ron made it to grid just in time to win the session.

He let us try the car on.   Karl fits perfect: 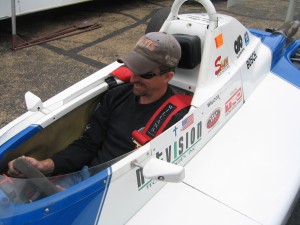 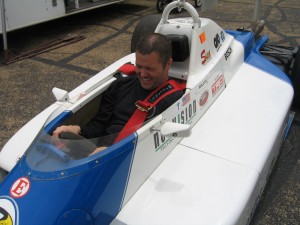 With SCCA it seems the “DE” group has a different focus than we are accustomed to and wasn’t circulating as fast as they do with some other organizations.  Maybe it was this lurking in the pits making them nervous: 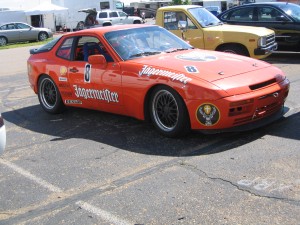 The Dragon…not the yellow Toyota 2L diesel behind it.

We’ve got to thank Mike, his family, and Ron for the chance to support another series.  It was tons of fun. 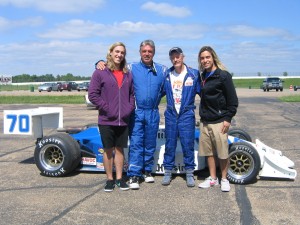 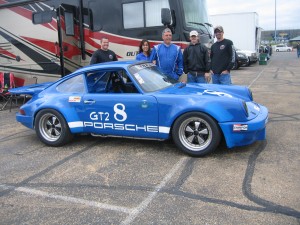