The trailer is a 1990 Texas Bragg Enterprises trailer that has seen some miles.   It is a fantastic pulling trailer, and quite light for a steel trailer since it has an open floor.  This also comes in handy when working on a car at the track, as you can just pull up on the trailer and work on the car from underneath.

I started by replacing all the incandescent lighting with new LED lights from Peterson Manufacturing here in the KC metro area.  Really nice quality lights.  Kit came complete with the wiring for the entire trailer, as well as the male/female plugs.  I added the corner lighting and rear light to the main tail/brake/turn signal lights.

Here you can see the rust showing through on the pull out ramps, which is about how the entire trailer looked. 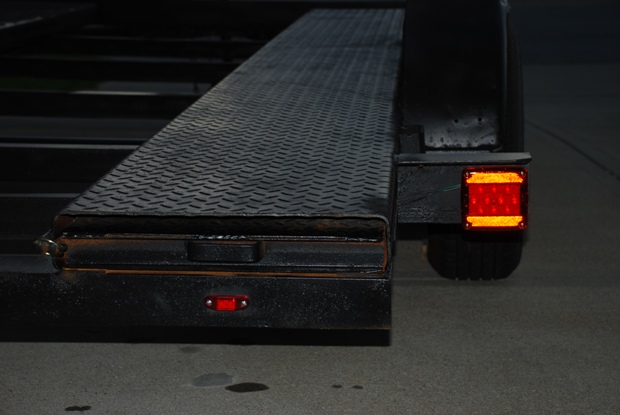 Then I went to walmart, the most evil, vile consumer shopping arena known to man.  I was after some underbody and truck bed liner and they were convienent.  I ended up using a rustoleum underbody coating on the bulk of the trailer frame, and then use a rustoleum truck bed liner on the main platform.  The undercoating drys as a somewhat rubbery surface, so I figured that wouldn’t hold up to the hot car tires on the main platform.  1 coat for the entire trailer ran about $40 bucks.  It should last for a couple years before I have to do it again.  I may go ahead and do 1 more coat since the cost is cheap.  If it doesn’t hold up like I think it will…….off to line-x or rhino liners it goes where I will just have the entire trailer shot  🙂

And since I had some white wheel paint laying around, I shot the wheels which were looking pretty rough as well.  I didn’t bother taping off the wheels, as the paint should work itself off the sidewalls with the weather.

Then some fine tuning to the safety chains, and she is ready to go.

Next up is trying to get the trailer legally titled, as the previous owner(s) never registered or titled it, and subsequently lost the title.  Texas Bragg Ent. has been fantastic in helping me with this issue.  Waiting on some paper work from them, then off to the DMV I go 🙂 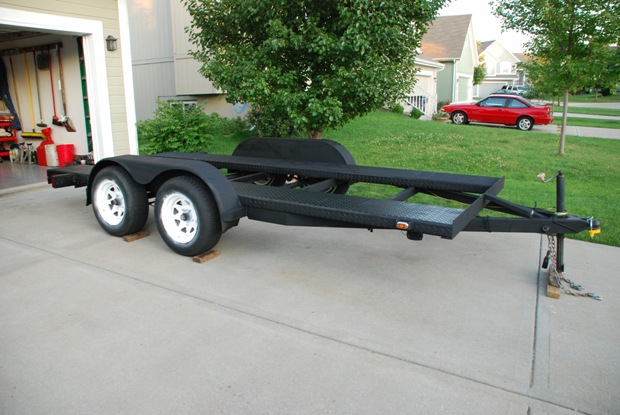 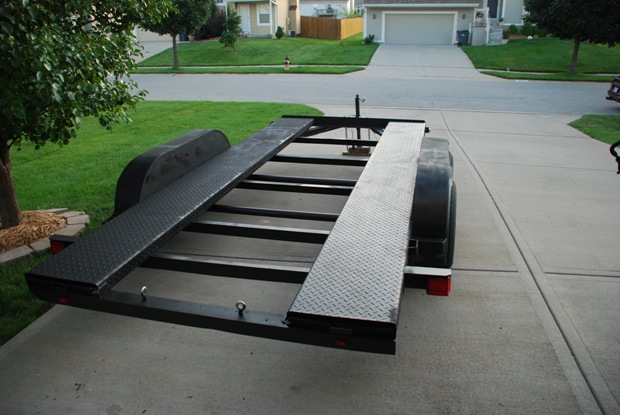