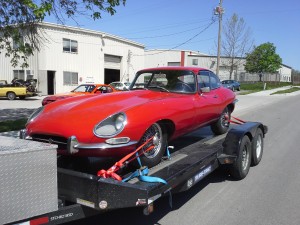 So we are at the track the other day and a buddy who runs a gorgeous Elise with the BOE fabrication crowd asked if they know anyone who does jags…a week later this comes to the shop. 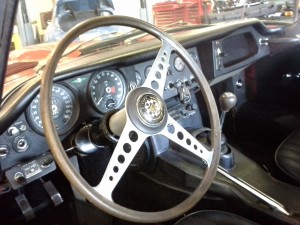 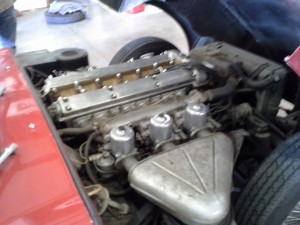 A very solid car that the owner is doing a full resto on.  He just wants to check and see if we are going to go through his motor, or find another to freshen up. 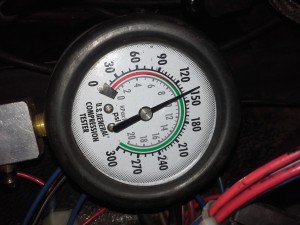 One cylinder was down around 90, the rest were rockin like this one.  So we have a great candidate for rebuild.  Of course after a fresh head, seats, rings, ect that one low cyl will be up with the rest.  Carbs were rich but all working.  Can’t wait to tear into this 🙂 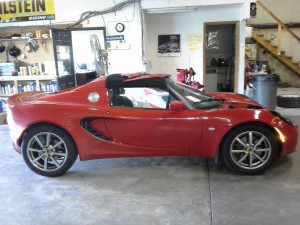 Cars always seem to come in themes…so an Elise guy brings a Jag, then an Elise comes in.   The complaint is dim headlights.  When I check it out it acutally has no low beam headlights.  Only DRL’s. 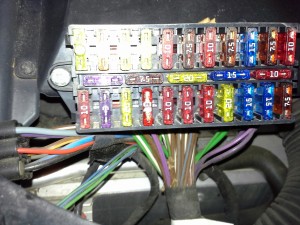 In the Elise this is usually a bad Switch Pack Module.  There is an aftermarket stereo in the car.  There is only one other thing on the same fuse as the stereo, the SPM.  So I check  that fuses and find that a higher range fuse is stuck in there to keep the stereo from popping it.  See the 10 on the bottom, 4 from left?  Should be a 7.5.  So we can be pretty sure the SPM is cooked. Here’s what getting to it looks like, we’ll probably have to find a different Car Entertainment system. 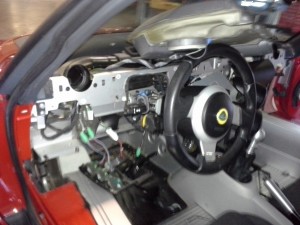 It is behind the cluster.  Here’s a shot through the windshield: 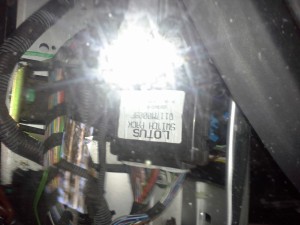 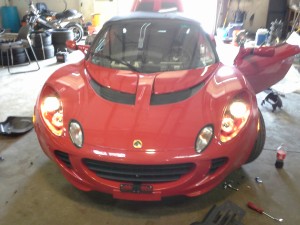 While going through the electrics it was also discovered that the battery was flowing acid into the trunk.  There was an aftermarket float charger installed and the battery was liberated from the hold-down.  I don’t know if the charger or the rocking around released the acid but what a mess to clean up. 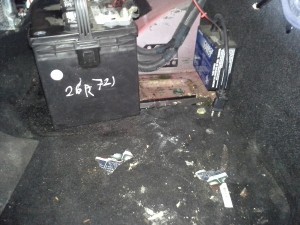 We pulled out all the carpet and pad, then washed them.  Wiped as much acid out as we could, washed with tons of soap and water,  then applied a large amount of neutralizing agent. 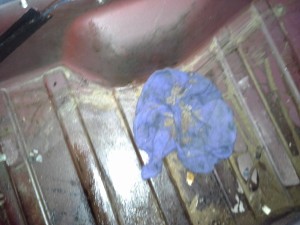 After that I left a little diatomaceous earth under the liner in case we missed any remnants of evil.  The trunk of this car is fiberglass and was already starting to be devoured.  We didn’t want to take any chances.  Keeping on the BOE fab theme, we are prepping for the Rev300 TVS supercharger and ST exhaust.  That is going to be awesome.

RennsportKC is trusted by owners and enthusiasts from around the Midwest, whether it be for something as minor as an oil change; more in-depth like big horsepower upgrades; or even as major as constructing a turn key race car. Visit our About Us page for more on Karl and Wes. Check our services page for more information on how we can help us. Contact us today to set up an appointment.